Examples of Topics for Presentations

Anti-Semitism is not a modern idea even though the word itself was invented in the 1800’s when it became less desirable to call one-self a Jew-hater. The roots of anti-Semitism are deep and wide from antiquity to our days. It is even possible to find the roots of this hatred in the Biblical stories.

The presentations on this topic range from the Biblical to the current and include concepts, such as the Amalekites, the Book of Esther,  early Christianity, the Enlightenment, Nazism and the current BDS movement and related wide-spread hatred of the State of Israel. Each topic can be a presentation in itself or everything can be presented in a comprehensive timeline.

The word “genocide” became a legal concept only in December 1948 when the United Nations ratified the Genocide Convention – now an international crime. The concept is closely related to other ideas, such as human rights violations. The Holocaust is the best-known example of a genocide. In more recent history, horrific murders of people groups have taken place for instance in the Middle East. What makes this so important is the connection -it is possible to see- between the rising anti-Semitism even in the Western world and the ongoing violence against Christians and some other groups.

The presentation on the topic can be tailor-made depending on the setting and the questions by a specific audience. It can focus on “genocide” as a crime but can also be presented as part of what we would call current memory, as a specific situation in the Middle East.

The Holocaust did not start where it ended. A whole process of dehumanization preceded the genocide starting from simple anti-Semitic attitudes and actions. A political process leading to a totalitarian system -initially within the German context- later involved much of Europe including governments but also regular citizens. In many cases, pre-existing anti-Semitism made the later developments of violence and genocide possible.

The questions we need to address concern the developments that preceded the Holocaust; what reactions do we see in the society, as Nazi power grows and what do we learn from this. Finally, we need to consider how the study of this process is relevant today.

The Righteous Among The Nations

The role of the onlookers at the time of the Holocaust was crucial. Within the triangle of perpetrators, victims and silent bystanders only the silent bystanders could make a difference. This is if they chose to leave the silent position and become rescuers. Under the Nazi regime few courageous souls made the choice to take grave risks and change the course of history for one person or a group of people. Each Righteous acted in a different way and each story is unique. Through personal stories of several different rescuers acting in varied circumstances in different countries we learn how the choice was made; what motivated the rescuer and who were the people they chose to help. The stories clearly show that choice is always a possibility even under tyranny and death.

Christianity and the Holocaust

Traditional anti-Semitism is based on religious discrimination against Jews by Christians. Christian doctrine contained the idea that Jews were responsible for the death of Jesus. It claimed that Christianity had replaced Judaism. Reading of the Gospels in various denominations was accompanied by a refutation of Judaism. This theology became a social force that pushed Jews to the margins of society. Christianity was not on its own a sufficient condition for the Holocaust to take place. But it contributed to the Holocaust. This historic background is important when trying to evaluate the conduct of church leaders and Christians during the Holocaust.

An almost automatic reaction from Christians is that the perpetrators of the crimes were not Christians in any real sense of the word. Their actions prove their lack of Christian values. But how about the silent bystanders, who were in many cases Christians.  Today we do not study the Holocaust only to find out what happened to them but to find out what happened to us, as Christians. How is it possible that the Christian world that believes in the Jewish God perpetrated or aided crimes against the Jews? What is an appropriate Christian response to what took place?

The Holocaust, the State of Israel and the Bible

God’s Word contains promises and predictions as well as historic events. If we combine the historic background of the books of prophecy and the future visions presented by the prophets, we understand with clarity the connection between ancient history, the present and the future. From Genesis to Revelation many things have already come to pass whilst we are still waiting for others to be seen. It is this waiting that should inform our every-day choices as Christians.

In the presentations, there is a specific focus on well-known events in world history that were spoken about by the prophets. These events include among other things the Holocaust and the re-birth of the State of Israel. The presentations can be tailor-made depending on time available as well as the nature of the event.

Yeshua whom we know as Jesus was born and lived as a Jew. His earthly existence centered around the Temple in Jerusalem thus Second Temple Period Judaism was his faith. He did not come to overturn the Law but to fulfill it. What is Jesus’ ‘Jewish teaching’ and how does it relate to us? What was the political situation at the time? How did Jesus address contemporary issues? And, finally, what does the Jewish identity of Jesus mean to us in our current context? 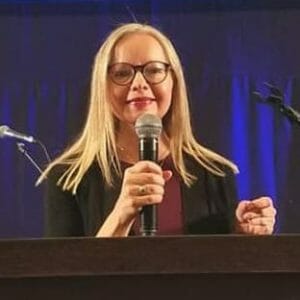 Dr. Susanna Kokkonen travels around the world speaking to Christian, Jewish and civic audiences about the Holocaust, Genocide, anti-Semitism and Israel today. She has lectured in the parliaments of Canada, Finland and Sweden as well as at the European Parliament.  In addition to teaching, she is currently helping an orphanage in the slums of Nairobi, Kenya.
Read More 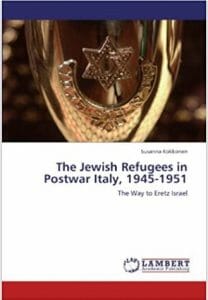